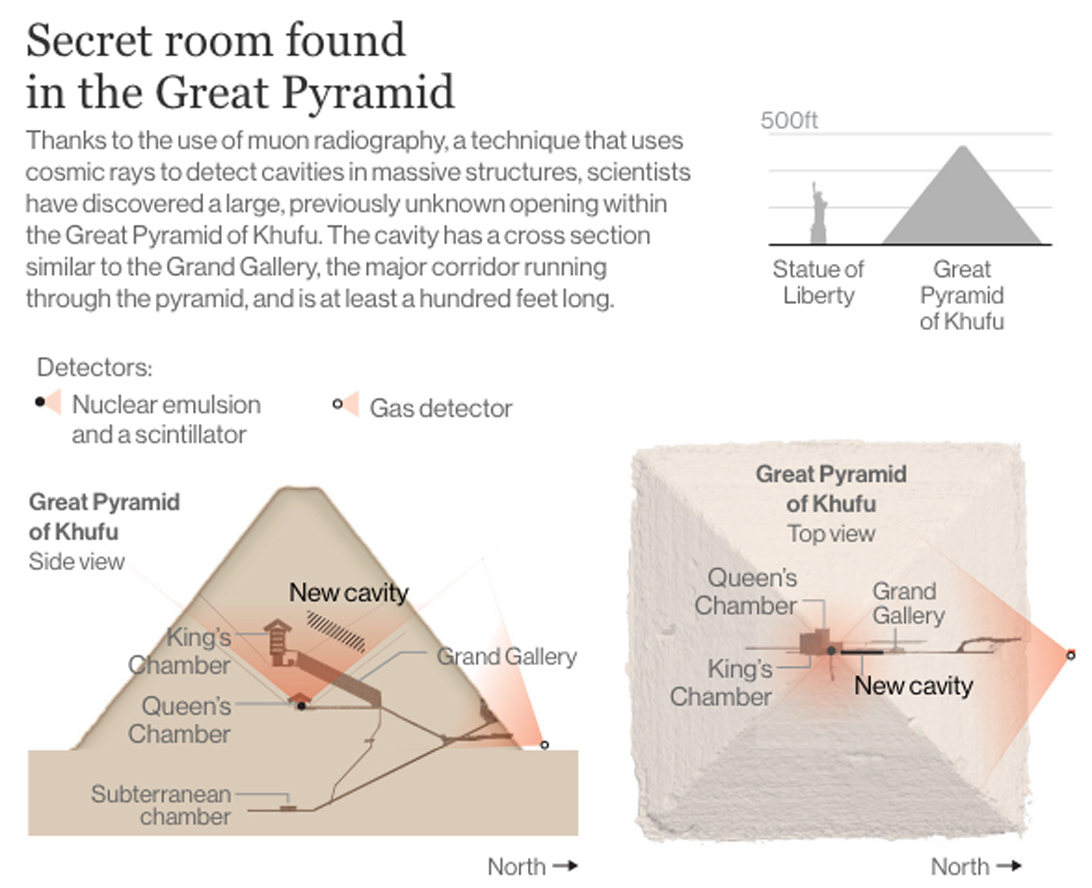 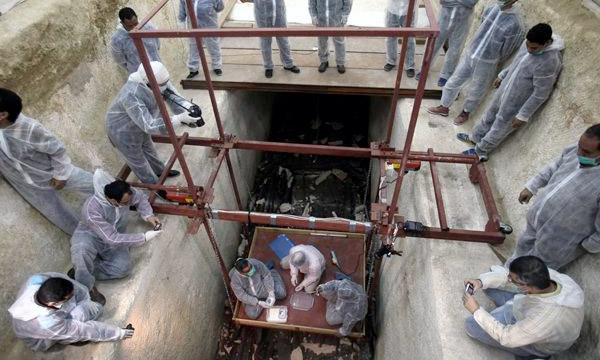 Making a boat fit for a Pharaoh

Making a boat fit for a Pharaoh | Giza plateau was crowded on Monday as journalists, TV anchors, photographers and antiquities officials flocked to the northern side of King Khufu’s Great Pyramid to witness Japanese scientists and archaeologists taking samples from different parts of Khufu’s second solar boat, which is still buried in sand after 4,500 years.

The boat’s wooden beams are to be subjected to laboratory analysis to determine the types of fungi, insects and viruses that are affecting the boat, as well as the amount of deterioration that has taken place, so that an appropriate method can be selected to restore it and place it on display beside King Khufu’s first boat, which is on display in a museum especially constructed for it on the plateau.

“This is the third phase of the five-year project to restore Khufu’s second boat,” — Minister of State for Antiquities Mohamed Ibrahim who told journalists.

The first phase began 20 years ago, when in 1992 a Japanese scientific and archaeological team from Waseda University in collaboration with the Japanese government, offered a grant of $10 million to remove the boat from its original pit, restore and reassemble it and put it on show to the public.

The team cleaned the pit of insects, but found that water had leaked from the nearby museum which housed the first solar boat. This had affected a small part of the wood, hence the necessity quickly to finish the studies and restore the wood. The Japanese team, under the direction of Professor Sakuji Yoshimura, inserted a camera through a hole in the chamber’s limestone ceiling to transmit video images of the boat onto a small TV monitor on the site. Images screened showed layers of wooden beams and timbers of cedar and acacia, as well as ropes, mats and remains of limestone blocks and small pieces of white plaster. The camera allowed an assessment of the boat’s condition and the possibility of restoration.

A large hanger has been constructed over the area surrounding the second boat pit, with a smaller hanger inside to cover the top of the boat itself. The hangers were designed to protect the wooden remains during analysis and treatment. A laser scanning survey also documented the area and the wall between the Great Pyramid and the boat pit.

According to Yoshimura while the fillings around the sides of the covering stone were being cleaned the team uncovered the cartouche of King Khufu of the Fourth-Dynasty inscribed on one of these blocks, and beside it the name of the crown prince Djedefre. This, he argued, meant that this boat was constructed during the reign of King Khufu and not, like the first boat now on display at a special museum on the plateau, during the reign of his son and successor Djedefre.

Yoshimura said that restoration and reconstruction work would last for five years. A special small museum will be constructed for it at the entrance of the Giza plateau on the Cairo-Fayoum road, while the first boat will be transferred to the planned Grand Egyptian Museum.

The second boat was in a much better state of preservation than was the first when it was discovered in 1954, when Egyptian architect and archaeologist Kamal El-Malakh together with Zaki Nour were carried out routine cleaning on the south side of the Great Pyramid. The first boat was removed piece by piece under the supervision of the master of restorers Ahmed Youssef, who spent more than 20 years restoring and reassembling the boat. The second boat remained sealed in its pit up until 1987, when it was examined by the American National Geographic Society in association with the Egyptian office for historical monuments. They bored a hole into the limestone beams that covered it and inserted a micro camera and measuring equipment. The void space over the boat was photographed and air measurements taken, after which the pit was resealed.

It was thought that the pit had been so well sealed that the air inside would be as it had been since ancient Egyptian times, but sadly this was not the case, as air had leaked into the pit and mixed with the air inside it. This had allowed insects to thrive and affect some parts of the wooden beams.