Hatshepsut, on the other hand, went on to rule Egypt in later years for approximately 21 years. Hatshepsut ruled Egypt between 1479-1458/57. She ruled in a time when women were allowed to own property and to hold official positions. They were given rights to inherit from deceased family members and were allowed to present their cases in court. Women of Ancient Egypt had more freedom than other ancient cultures such as Greece where women were expected to stay home. 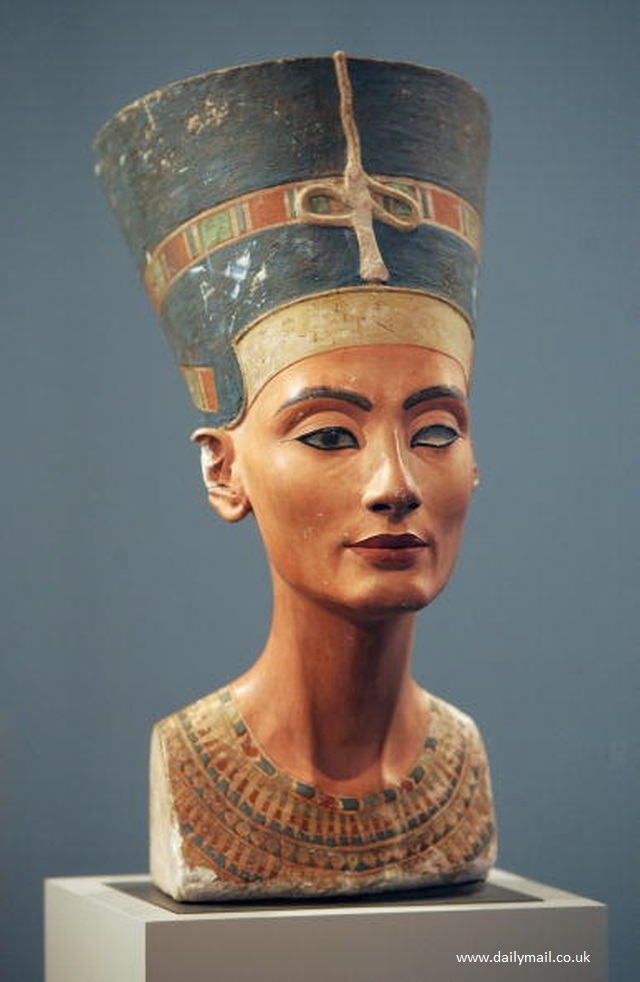 After the death of Hatshepsut’s father (Tuthmose I), her half-brother (Tuthmose II) succeeded the throne. As it was customary in royal families, the oldest daughter of the pharaoh would marry a brother to keep the royal bloodlines intact. Therefore, Hatshepsut married her half-brother. Tuthmose II was the son of one of her father’s lesser wives (Mutnofret); however, his reign would be short and his life short-lived. It may have been that Tuthmose II died of an illness and thus held the throne only for 14 years.

During their marriage, Hatshepsut and Tuthmose II were not able to produce a male heir but rather had a daughter whom they named Neferure. In later years, it appears that Neferure may have been married to her half-brother (Tuthmose III); much like her mother had married a half-brother in previous years. Tuthmose III was the son of Tuthmose II (Hatshepsut’s husband) and one of his royal concubines named Isis. This bloodline made Tuthmose III a stepson to Hatshepsut. Because Tuthmose III was very young when his father died, Hatshepsut became a co-regent and ruled right alongside the young stepson. It appears that within the second or third year of this co-regency reign, Hatshepsut proclaimed herself king with complete titles. She would be known as Maatkare (Matt is the ka of Ra) and also Khnemet-Amun-Hatshepsut (She who embraces Amun, the foremost of women). After this proclamation, Tuthmosis III would no longer reign as co-regent with Hatshepsut. In order to make Hatshepsut’s proclamation to king more official and more accepting to the Egyptian citizens, she invented a co-regency with her father Tuthmosis I. She even went as far as incorporating this fabricated co-regency into texts and representations. These were found decorating her mortuary temple at Deir el-Bahri. In addition, and also to make things still more official, Hatshepsut dedicated a chapel to her father in her mortuary temple. She hoped to acquire more acceptance as the new ruler of Egypt by changing the beliefs of her people.

Hatshepsut was a very unique and intelligent individual. She used various strategies to legitimize her position as pharaoh. Not only did she proclaim herself as pharaoh and fabricate a co-regency with her father (Tuthmose I), but she also tried to make herself more god-like by the invention of stories with the attachment to gods. She did this by making it appear as if the gods had spoken to her and her mother while in she was still in her mother’s womb. Hatshepsut misled her subjects and the uneducated public by indicating that Amon-Ra had visited her pregnant mother at the temple in Deir el-Bahri in the Valley of the Kings.

Hatshepsut was unique because she took on several male adornments while she ruled Egypt. Unlike most women of that time, she attached a false beard, wore male clothing, and was depicted in statutes as a pharaoh. She might have done this to make her transition to kingship and the acceptance of the priesthood more convincing. It may be that if she had ruled strictly with a more feminine-looking disposition she may not have been so readily accepted by the masses. Her strategy seemed to work and the priests supported her reign as pharaoh.

There were many prominent figures during her reign but there appears to be one person in particular who was probably foremost in her circle. This prominent person was Senenmut who was born of a humble family in Armant. He came to be known as Hatshepsut’s spokesman and steward of the royal family. In addition, he was known as superintendent of the buildings of the God Amun. During the later years, Hatshepsut had obelisks installed in the Temple of Amon-Re at Karnak. Senenmut supervised the transport and erection of these obelisks as well as the mortuary temple that was built for Hatshepsut at Deir el-Bahri.   It appears that he must have been very well favored by the Queen as he had a separate tomb constructed close to Hatshepsut’s tomb for himself. He had this second tomb dugout in front of Queen Hatshepsut’s tomb in spite of owning another tomb at Sheikh Abd el-Qurna. During Hatshepsut’s reign, gossip followed the pair as it was suggested that his good fortune was due as a result of his intimate relations with the Queen. To add to this deduction, it was further fueled by the fact that he played a heavy role in the education of Hatshepsut’s only daughter Neferure. His brother, Senimen, also acted as nurse and steward to Neferure and this caused more gossip to run rampant. Several statues were found associating Senenmut with the Princess Neferure. History shows that Senenmut was a prominent figure during three-fourths of Hatshepsut’s reign and possibly after the death of Neferure (it appears that she died around the 11th year of Hatshepsut’s reign), that he fell out of graces with the queen for unknown reasons. Speculation has it that he may have had some kind of alliance with Tuthmosis III (Hatshepsut’s stepson) and this could have led to the demise of their relationship.

History also shows that the construction of the famous temple of Deir el-Bahri was most probably started by Tuthmose II and later finished by Queen Hatshepsut. The walls of the temple depict major achievements such as the expedition to Punt near the Red Sea. This trading expedition brought back many riches for the country.  To this day, the death of Hatshepsut remains a mystery. It appears that she reigned for fifteen years and her stepson took the throne after her disappearance. It’s also believed that the hatred for his stepmother pushed him to erase the memory, existence, and any depictions of Queen Hatshepsut by destroying any monuments erected during her reign. Although her temple still stands, neither her tomb nor her mummy has ever been found. She has now come to be known as having been the only female pharaoh to erect the most monuments during her reign.