I dare say yes. After almost two decades of failed attempts, chances are now strong that researchers will reveal next year what lies behind the secret doors at the heart of Egypt’s most magnificent pyramid.

New revelations on the enduring mystery were already expected this year, following a robot exploration of the 4,500-year-old pharaonic mausoleum.

But unrest in Egypt froze the project at its most promising stage after it produced the first ever images behind one of the Great Pyramid’s mysterious doors.

Now the Supreme Council of Antiquities (SCA), once led by the controversial yet charismatic Zahi Hawass, is slowly returning to granting permits for excavations and archaeological research. 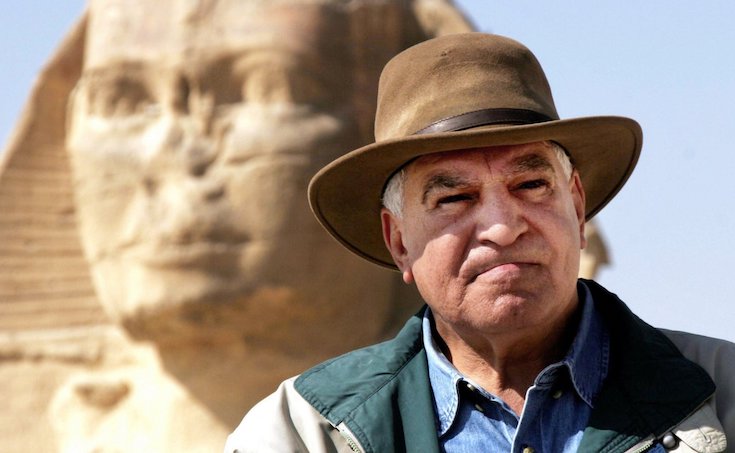 “As with other missions, we have had to resubmit our application to be allowed to continue. We are currently waiting for the various committees to formalize the approval,” project mission manager Shaun Whitehead, of the exploration company Scoutek UK, told Discovery News.

“Once we”re allowed to continue, I have no doubt that we can complete our work in 2012,” he added.

Built for the pharaoh Cheops, also known as Khufu, the Great Pyramid is the last remaining wonder of the ancient world.

The monument is the largest of a family of three pyramids on the Giza plateau, on the outskirts of Cairo, and has long been rumored to have hidden passageways leading to secret chambers.

Archaeologists have long puzzled over the purpose of four narrow shafts deep inside the pyramid since they were first discovered in 1872.

Two shafts, extend from the upper, or “Kings Chamber” exit into open air. But the lower two, one on the south side and one on the north side in the so-called “Queen’s Chamber” disappear within the structures, deepening the pyramid mystery.

Widely believed to be ritual passageways for the dead pharaoh’s soul to reach the afterlife, these 8-inch-square shafts remained unexplored until 1993, when German engineer Rudolf Gantenbrink sent a robot through the southern shaft.

After a steady climb of 213 feet from the heart of the pyramid, the robot came to a stop in front of a mysterious limestone slab adorned with two copper pins.

Nine years later, the southern shaft was explored on live television. As the world held its breath, a tomb-raiding robot pushed a camera through a hole drilled in the copper pinned door — only to reveal what appeared to be another door.

The following day, the robot was sent through the northern shaft. After crawling for 213 feet and navigating several sharp bends, the robot came to an abrupt halt in front of another limestone slab.

As with the Gantenbrink door, the stone was adorned with two copper pins.

The current Djedi project, a joint international-Egyptian mission named after the magician whom Khufu consulted when planning the layout of his pyramid, has gone further than anyone has ever been before in the pyramid.

The project began with an exploration of the southern shaft, which ends at the so-called “Gantenbrink’s door.”

A robot, designed by Rob Richardson at the University of Leeds, was able to climb inside the walls of the shaft while carrying a “micro snake” camera that can see around corners.

Unlike previous expeditions, in which camera images were only taken looking straight ahead, the bendy camera was small enough to fit through a small hole in a stone door at the end of the tunnel.

This gave researchers a clear view into the chamber beyond — one that had not been seen by human eyes since the construction of the pyramid. Images of 4,500-year-old hieroglyphs written in red paint began to appear.

According to some scholars, the markings are hieratic numerical signs that record the length of the shaft. The theory has not been confirmed by the researchers.

“Our strategy is to keep an open mind and only draw conclusions when we have completed our work,” Whitehead said.

The Djedi team was also able to scrutinize the two puzzling copper pins embedded in the door to the chamber.

Images showed that the back of the pins curves on themselves, possibly suggesting an ornamental purpose.

Equipped with a unique range of tools which also included a miniature “beetle” robot that can fit through a 0.74-inch diameter hole, a coring drill, and a miniaturized ultrasonic device that can tap on walls and listen to the response to help determine the thickness of the stone, the Djedi team was ready to continue the pyramid’s exploration last August. But the political turn of events in Egypt halted the project.

Whitehead is confident that the robot will reveal much more once the team is allowed to resume their research.

“The plan is the same as it always was. We will completely survey the shafts leading from the Queens Chamber and look beyond the first and second blocking stones in at least one shaft,” Whitehead said.

“Even if we do not look further beyond the blocking stones, accurately mapping the shafts will be a fantastic result and will provide significant clues to determine the purpose of these unique archaeological features,” he concluded.