The Disappearance & Controversy of Queen Nefertiti

Around the year 14 of Akhenaten and Nefertiti’s reign, their daughter Mekitaten died in childbirth at the age of 13. An image in relief from the time shows the couple standing over their daughter’s body in mourning. Shortly after this, Nefertiti vanishes from the historical record. There have been many theories offered to explain her abrupt disappearance and, among these are:

Of these theories, none of them can be substantiated but the fourth, and even that, many argue, is uncertain. The leading proponent of the Nefertiti-as-Smenkhkare theory is Zahi Hawass who writes:

This king [Smenkhkare] is shown as a male in the company of Meritaten as `his’ queen; however, his throne name was virtually identical to that of Akhenaten’s coregent, now convincingly identified as Nefertiti. Whether this king was Nefertiti herself or an otherwise unattested son of Akhenaten’s (or Amenhotep III’s) he or she died only two years after ascending the throne, and left Egypt in the hands of a young boy named Tutankhaten [later Tutankhamun].

The problems with the other theories are that Akhenaten already had a male heir in Tutankhamun and so would not have deserted his wife on that account (theory one); there is no evidence to support Nefertiti leaving the cult of Aten (theory two); she was still living after the death of her daughter and the throne name of Akhenaten’s successor is the same as hers (theory three). The reason why theory two has long remained popular is because of evidence that the worship of the old gods began to revive toward the end of Akhenaten’s reign and, it is thought, this could not have happened without some kind of royal support or encouragement.

Since it is considered impossible that Akhenaten would have abandoned the religion he created, it is speculated that it was his coregent who was behind this. The revival of the old religious practices, however, could easily have been a grassroots movement by the people of Egypt who had grown tired of being forced to neglect the traditional faith of the land. The Egyptians held that their actions were intimately tied to celestial balance and that their relationship with the gods was of vital importance. In abandoning the old gods of Egypt, Akhenaten would have thrown the universe out of balance and it is quite likely that the former priests of Amun, and those of other cults, finally decided to try to restore harmony to the land on their own, without consulting their ruler. Since it is known that Nefertiti was a devotee of Aten prior even to Akhenaten’s conversion, and that she regularly took part in religious services, as well as the fact that no images or inscriptions give any evidence that she forsook the cult, it is highly unlikely that she would have led a return to the traditional religious practices of Egypt.

The hatred the people had for the new monotheistic religion of their pharaoh is exemplified in its complete eradication after the death of Akhenaten’s successor Tutankhamun. Tutankhamun himself, upon taking the throne, abandoned the religion of Aten and returned Egypt to traditional practice. His successor, Ay, (possibly the same man suggested as Nefertiti’s father) continued his policies but the last pharaoh of the 18th dynasty, Horemheb, went further than either of them. Horemheb, claiming he had been chosen by the gods to restore the true religion of Egypt, tore down Akhenaten’s temples, defaced his stele, and tried to eradicate all evidence that the heretic king and his family had ever ruled Egypt. It is because of Horemheb’ s decrees that so little is known of Nefertiti, and other royals linked with the Amarna Period, in the present day. The wonder, really, is not that so little is known but that, considering Horemheb’s hatred of Akhenaten’s reforms, and his dedication to the mission of erasing the king and his family from history, that modern day scholars have any information on the Amarna Period at all. 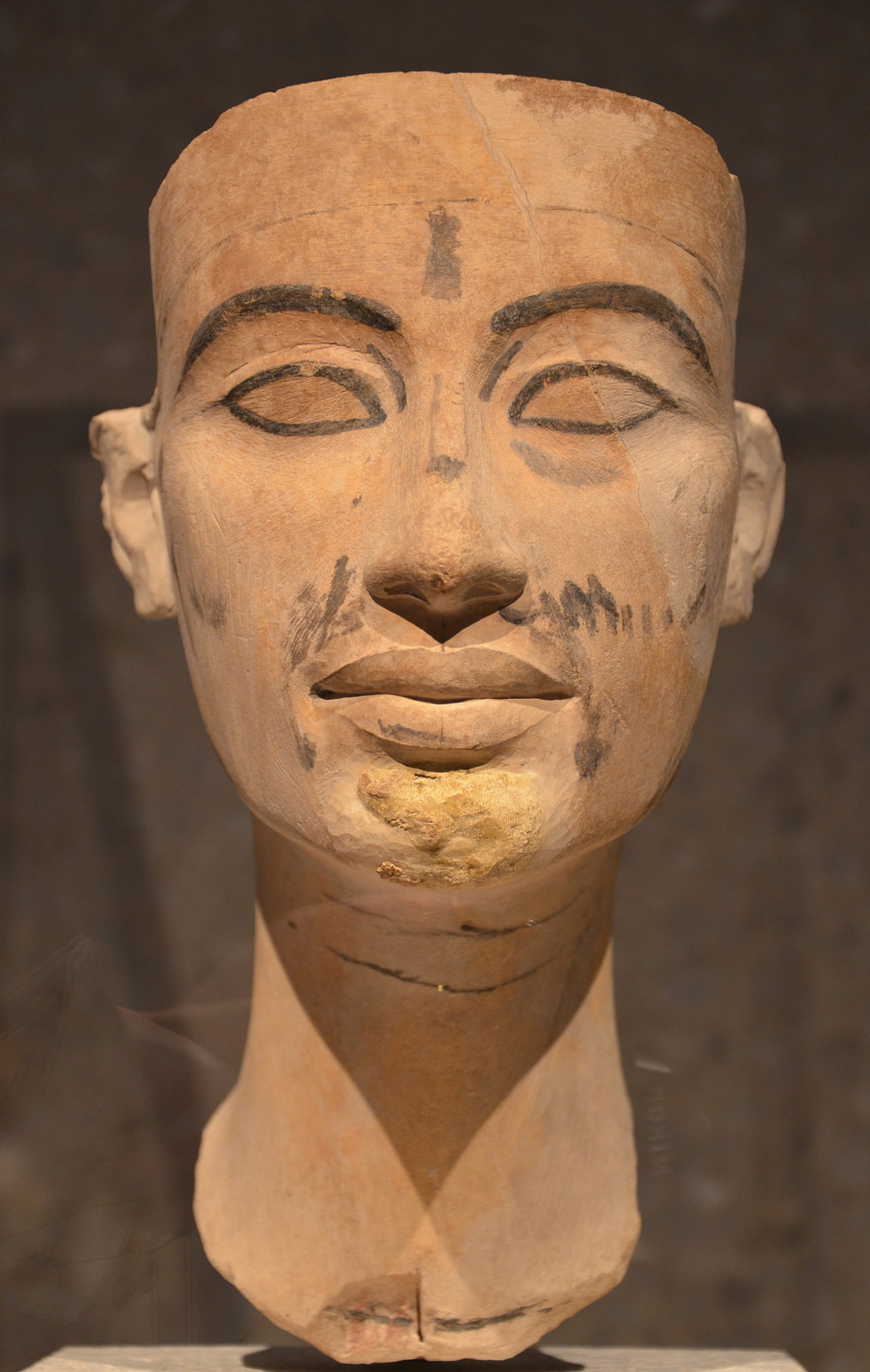 Nefertiti was the subject of controversy, between Egypt and England, when the British archaeologist, Joann Fletcher, claimed to have found the queen’s mummy in 2003 CE. Fletcher’s claim was based on details of a mummy, known by Egyptologists as the “Younger Lady”, which she felt matched depictions of Nefertiti. The Discovery Channel aired Fletcher’s theory as though the mummy of the queen had been positively identified when, in fact, this was hardly the case. As a result, Fletcher was banned from working in Egypt because of an alleged breach in protocol which requires all archaeologists working in the country to first report their findings to the Supreme Council of Antiquities before releasing anything to the international press. Although this ban was later lifted, and Fletcher returned to Egypt, the controversy surrounding the mummy is unresolved. Fletcher’s supporters claim that the “Younger Lady” is Nefertiti while those who side with Hawass maintain the opposite. The very same details are used by both sides to support their claim and it seems unlikely there will be any resolution until some future discovery is made which lends more weight to one side than the other.

Nefertiti has also caused an on-going dispute between Egypt and Germany over the famous bust presently residing in the Egyptian Museum (Neues Museum) of Berlin. Nefertiti’s face is one of the most instantly recognizable images from antiquity, perhaps, only second to her step-son Tutankhamun. Even if one does not know the queen’s name, statuettes and posters of the famous bust have been reproduced world-wide. Even so, when it was discovered in 1912 CE, no one knew who Nefertiti was. The bust would have been remarkable for its beauty, of course, but not for the individual it represents. Because of the decrees of Horemheb, the royal family had been forgotten. Inscriptions from Horemheb’s reign show him as the successor of Amenhotep III, completely erasing the reign of the `heretic king’ and his successors. The bust was created c. 1340 BCE by the court sculptor Thutmosis as a model for his apprentices in their representations (whether sculpture or painting) of the queen. Because it was a model, and never intended for display, only one eye is completed. The Egyptian Museum of Berlin describes the Bust of Queen Nefertiti as “one of the first ranking works of Egyptian art mostly due to the excellent preservation of the colour and the fine modeling of the face…the bust is made of limestone which is covered with modeled gypsum. The eye is inlayed with crystal and the pupil attached with black coloured wax. The second eye-inlay was never carried out” (1).

The bust is housed in Room 2.10 of the Egyptian Museum of Berlin in Germany where it was taken after its discovery at Amarna. Hawass writes, “One day in the winter of 1912 CE, a German archaeologist named Ludwig Borchardt was excavating at Tell al-Amarna when he found a beautiful bust of Nefertiti in the workshop of a sculptor named Thutmosis” (39). What happened after this discovery is an ongoing, often heated, debate between Egypt and Germany.

Since the enforcement of the rules governing antiquities in Egypt was fairly lax in the early 20th century CE (as, in some areas anyway, were the rules themselves) it does not seem there can ever be any way to resolve the dispute. The Germans claim that Borchardt found the bust, made a legal declaration of his find, and then brought the piece back to Germany. The Egyptian claim (as articulated by Hawass) argues that “the German mission covered the head with mud to disguise its beauty so that during the division of antiquities at the Egyptian Museum in Cairo the curator did not notice its remarkable features. Therefore, the bust was allowed to go to the Berlin Museum” (39). The Egyptians, then, claim the bust was obtained illegally and should be returned to Egypt; the Germans, of course, argue it is their legal property and should remain in the museum. Hawass notes that, “Plans were made to return [the bust] to Egypt just before World War II, but Hitler asked to see it before it left the country, fell in love with it, and refused to let it out of German hands” (41). This claim has also been disputed by the German government and the former, and current, director of the Egyptian Museum of Berlin.

In 2003 CE this controversy became more heated when the museum allowed two artists, known as Little Warsaw, to place the bust on a bronze body of a naked woman in order to show what the queen may have looked like. This very poor decision resulted in Egypt renewing its efforts for repatriation of the bust but, as the Little Warsaw exhibit lasted only a few hours, the controversy cooled and the bust remains where it has been since 1913 CE and where it continues to be one of the most popular pieces of art, if not the most popular, in the permanent collection.