A new study shows ink on 2,000-year-old Egyptian papyri fragments contains copper. This means the assumption that carbon was the only basis for ink to write on ancient papyri is now a thing of the past. The information will help researchers trying to match fragments of ancient texts and in the conservation of papyri writings.

Phys.org reports that until now scholars have believed all ink was carbon-based until at least the 4th or 5th centuries AD. This new study suggests ancient Egyptian scribes may have been using advanced inks hundreds of years before other cultures began this method. 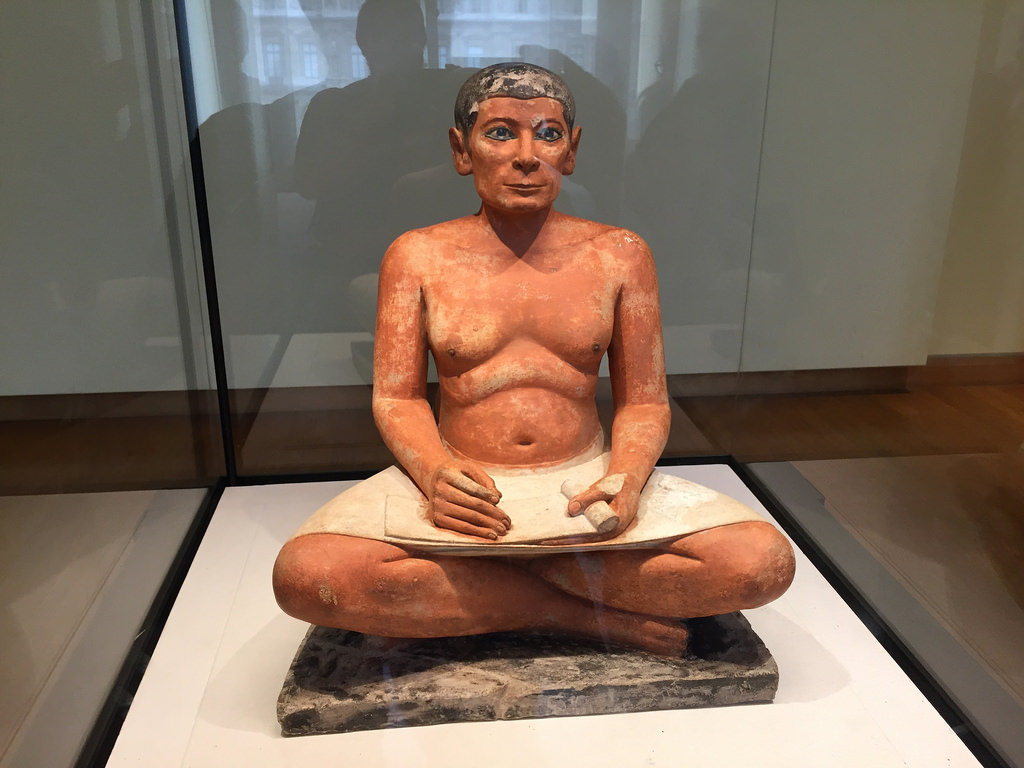 The information on the copper-based ink was uncovered by a cross-disciplinary team of researchers at the University of Copenhagen. They used advanced synchrotron radiation based X-ray microscopy equipment at the European Synchrotron Radiation Facility in Grenoble, Switzerland to make their find. This analysis was part of a larger study known as the CoNext project (Co(penhagen University Ne(utron and) X-(ray) T(echniques).

They examined the writing on personal documents of an Egyptian soldier named Horus as well as documents from the Tebtunis temple library. These papyri fragments are stored in the Papyrus Carlsberg Collection at the University of Copenhagen. 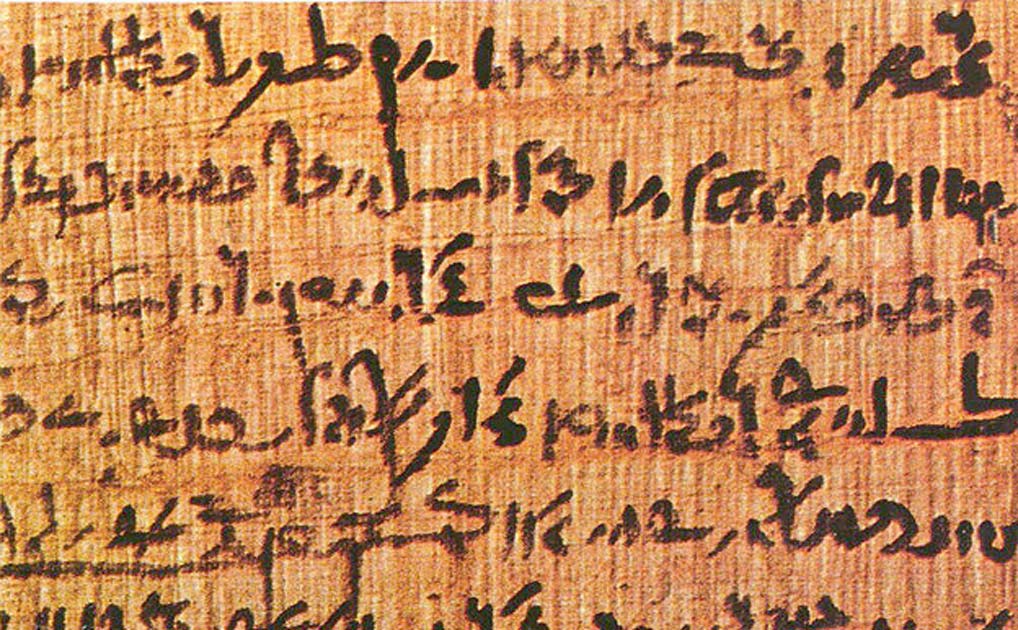 Fragment from the Tebtunis temple library in the Papyrus Carlsberg Collection. (University of Copenhagen)

Reflecting on the results, Egyptologist and first author of the study Thomas Christiansen from the University of Copenhagen said that there was a great deal of variation in the composition:

“None of the four inks studied here was completely identical, and there can even be variations within a single papyrus fragment, suggesting that the composition of ink produced at the same location could vary a great deal. This makes it impossible to produce maps of ink signatures that otherwise could have been used to date and place papyri fragments of uncertain provenance.” 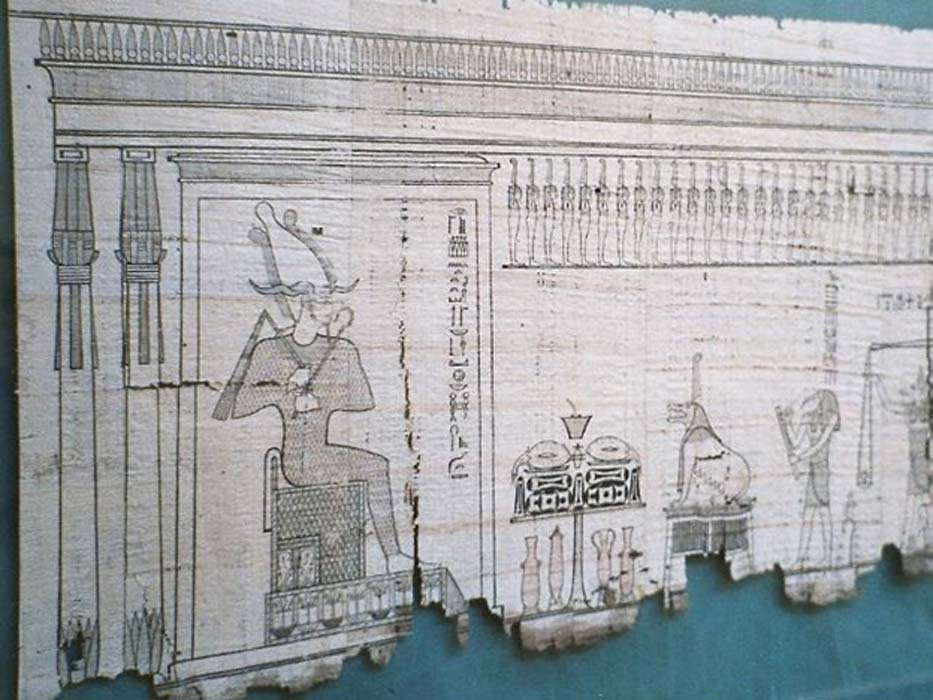 A section of the Egyptian ‘Book of the Dead’ written on papyrus. (CC BY SA 1.0)

Christiansen views this as a positive factor, stating:

“However, as many papyri have been handed down to us as fragments, the observation that ink used on individual manuscripts can differ from other manuscripts from the same source is good news insofar as it might facilitate the identification of fragments belonging to specific manuscripts or sections thereof.”

Moreover, Christiansen explained that because the variations in the ink composition were spread across location and time it “suggests that the ancient Egyptians used the same technology for ink production throughout Egypt from roughly 200 BC to 100 AD.”

Robin Whitlock explained some of the origins of papyrus itself in a previous Ancient Origins article, saying:

“Papyrus, which later gave rise to our modern word ‘ paper’, had a different meaning in the beginning. The original, Egyptian meaning is “that which belongs to the house”, referring to documents used in Ancient Egyptian bureaucracy. Papyrus became increasingly important with the development of writing, since papyrus was much easier to carry around than stone. Papyrus continued to be in use up until the 11th century AD.” 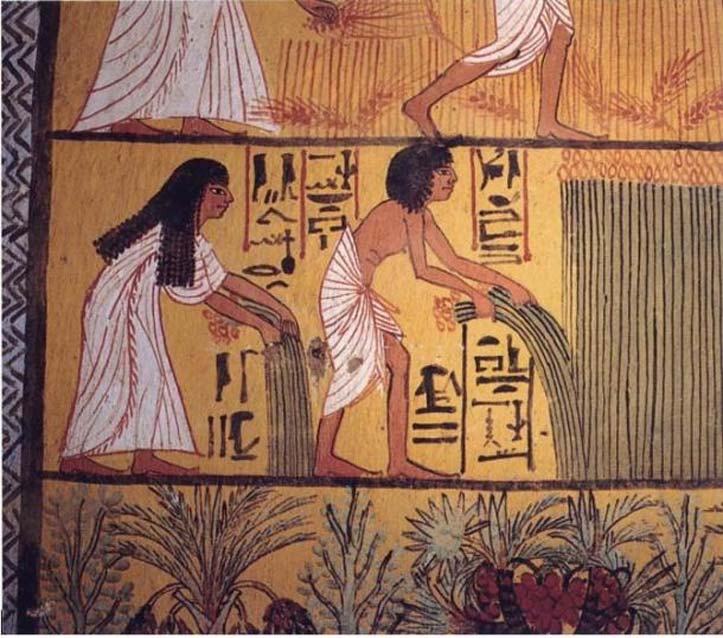 Papyrus was created by using the pith of the plant and it served many purposes in ancient Egypt, such as in the manufacture of boats, mats, rope, sandals and baskets. The plant’s root was also a source of food and used in making medicine and perfume.

The researchers believe that knowledge of the composition of ink used on papyri will be helpful in conservation and aid museums in their decisions regarding the storage of ancient Egyptian papyri. Christiansen suggested that “It might facilitate the identification of fragments belonging to specific manuscripts or sections” as well.

The study was published in Scientific Reports.

Ships of the Gods in Ancient Egypt